What is corridor funding, and how will it affect Ontario universities’ budgets? 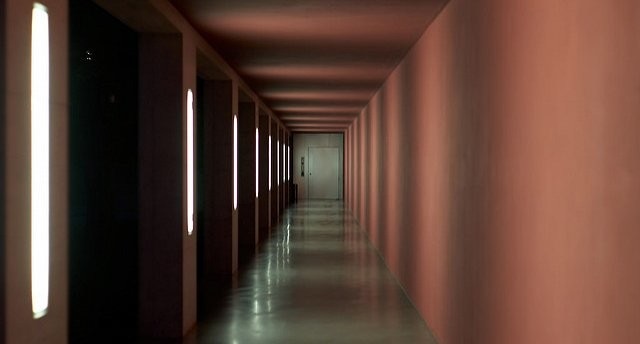 What is corridor funding, and how will it affect Ontario universities’ budgets?

You might have heard – Ontario universities and colleges are in for a budget shake-up. The plan was announced towards the end of 2016, after the Ontario government accepted the key recommendations in a 2015 report from former Deputy Minister Suzanne Herbert.

The new funding model has three main goals that structure a host of changes. Improving student outcomes; driving differentiation by linking funding to SMAs (Strategic Mandate Agreements); and providing stability through predictable funding. (You can learn more about the specifics of the new funding model in this powerpoint from Brock university.)

Corridor funding is a tactic to achieve the last goal: stability during a time of enrolment ups and downs. It’s meant to ensure stable levels of funding over time.

What kind of corridor are we talking about?

Before, the amount of funding that a university received was tied to how many students are enrolled in the university. Strategic Mandate Agreements (SMAs) are negotiated once every three years between the Province and individual institutions. The university negotiates an enrolment level for which a university will receive stable enrolment-based operating grants for the duration of the three-year SMA.

Under the new model, only enrolment growth within a certain “corridor” will receive that kind of funding. The “corridor” is a buffer zone of 3% above and 3% below the university’s enrolment target. The target is negotiated between each institution and the provincial government

What does it mean for my institution?

If enrolment falls below -3% (the lower end of the corridor), the Province will reduce the institution’s operating grants but the institution will not lose all of that per-student funding.

The plan benefits institutions with shrinking enrolment – mostly those in northern parts of the province, like Algoma, Nipissing and Laurentian. It’ll help them stay afloat during a couple years of double-digit drops in first-year enrolment.

If enrolment rises above +3% (the upper end of the corridor) the Province will not increase operating grants. Since big enrolment increases are not automatically funded, there’s little incentive for an institution to admit huge numbers of new students.

Corridor funding prevents institutions from enrolling a ton of new students to receive additional funds, taking funds away from other institutions.

Particularly outside the GTA and Southern Ontario, demand for higher education is lagging. A demographic shift means that there are fewer 18-21 year olds in the population right now. Economists have predicted that enrolment will continue to numerous decline until after 2020, when the grandchildren of the baby boomers will reach university and college age. So the corridor is clearly a response to what the Province predicts will be a rough few years for higher education enrolment in Ontario.

According to the Ministry of Finance, the GTA is expected to grow by three million people in the next 25 years. Other Southern Ontario cities are on the same track.

“Forty-five per cent of our undergraduate student body comes from the GTA,” said Janice Deakin, the provost of Western University, to the Globe and Mail. “We have upward pressures on our enrolment, we are not faced with the prospect of declining enrolment.”

But Southern Ontario institutions have no financial incentive to increase their enrolment by more than 3%, even if demand increases by more then 3%. An enrolment target that’s set far lower than demand may mean that applicants living in Southern Ontario may be rejected from universities and colleges closer to home, forcing them into in other parts of the province, other provinces, or countries.

Ultimately, being forced to attend school farther from home limits the accessibility of post-secondary education: saving money by living at home is the only way that many young people can afford to attend university or college. If Southern Ontario institutions are encouraged to limit their enrolment – keep it below the upper edge of the corridor – despite a growing population and demand, it’ll be Southern Ontario students who lose out.

Fiscot is your budget superhero in these trying times. Check out our Chair's Dashboard: a single program that helps you track enrolment, a list of all available instructors, and student feedback in real time. You’ll always have the most up-to-date information when finalizing your budget.